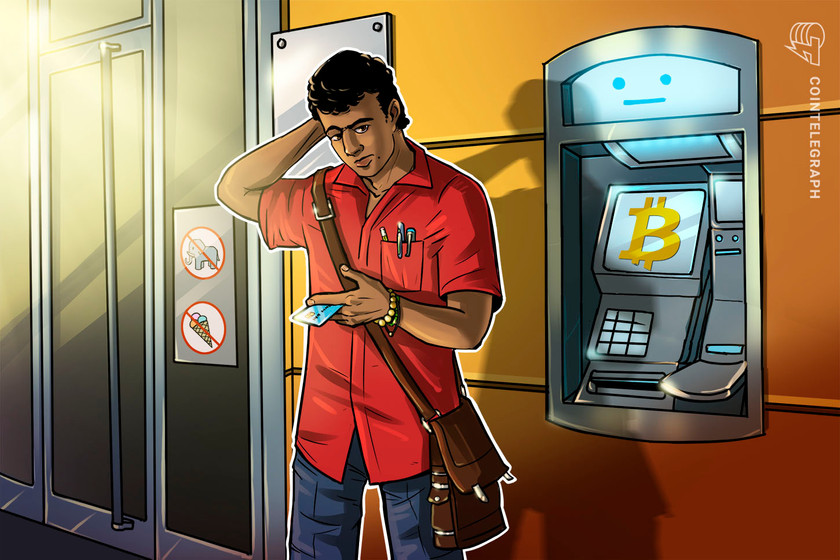 Bitcoin ATM installations record low in May, biggest drop since 2019

Bitcoin (BTC) ATM installations across the globe have seen a steep decline throughout the year 2022, with May recording just 202 new BTC ATMs, a range last seen three ago in 2019.

Over the past five months since January, Bitcoin ATM installations saw a gradual slowdown, eventually falling down 89.75% from December 2021’s 1971 new installations. However, data from Coin ATM Radar reveal an evident comeback in the installation numbers as the world saw 817 Bitcoin ATMs getting installed in June — in just the first five days.

Some of the key factors contributing to the slowdown of crypto ATM installations include geopolitical tensions across the world, unclear or anti-crypto regulations, market saturation and business impact due to the ongoing coronavirus pandemic.

Coin ATM Radar’s data confirms that the United States is home to 87.9% of the total 37,826 crypto ATMs worldwide. Europe, as a continent, houses a network of 1,419 ATMs — representing 3.8% of the global ATM installations.

Crypto ATM manufacturer Genesis Coin maintains its position as the leader in terms of the market share, representing 41% of the total operational crypto ATMs across the globe. Other manufacturers with prominent market share include General Bytes (21.6%), BitAccess (16%), Coinsource (5.4%) and Bitstop (4.7%).

While real-world challenges may have a momentary impact on Bitcoin’s physical expansion via ATMs, at its core, the Bitcoin network continues to outperform its previous records in securing, decentralizing and speeding up the impenetrable peer-to-peer (P2P) network.

As Cointelegraph reported based on data from Bitcoin Visuals, the Bitcoin Lightning Network (LN) capacity attained an all-time high of 3915.776 BTC — further improving BTC transaction speeds and reducing fees over the layer-2 protocol. The Bitcoin LN was first implemented into the Bitcoin mainnet in 2018 to address Bitcoin’s infamous scalability issues.