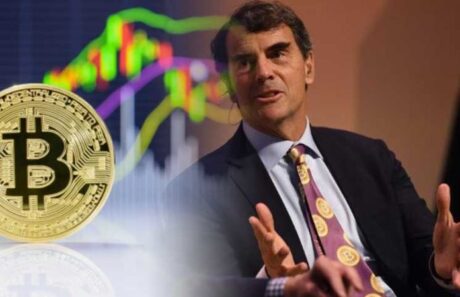 Bitcoin has been on a bear path given its recent movements and it’s no secret that the digital asset is well out of the bull market. This has sparked speculations as to what will actually trigger another bull rally for the pioneer cryptocurrency. Billionaire Tim Draper who has always been vocal when it comes to his thoughts about the crypto market has weighed in on this and put forward what he believes will be the defining factor for the next bitcoin bull market.

Women Are The Key

It is no surprise that more women are moving into the market. Even though males still disproportionately dominate crypto investing, the number of women moving into the space has been on the rise, reaching as high as one in every three investors now being a woman. Nevertheless, there is still a long way to go when it comes to bringing more women into crypto and billionaire Tim Draper believes that they will drive the next bitcoin rally.

Draper bases this on the fact that women command an immense purchasing power and if they were to bring this power into the bitcoin market, it will trigger another rally for the digital asset. He is not very far off with this assessment given that he said that women control approximately 80% of retail spending.

Women, who only currently make up 30% of all crypto investors in the United States, are still yet to move into the market en masse compared to their male counterparts, who by comparison possess less retail purchasing power. The factors behind this disparity usually come down to the fact that males are said to be risk-takers compared to women. Hence, are more comfortable playing in a relatively new space with little to no regulation.

Draper’s analysis of more women moving into the market could mean that bitcoin will hit new all-time highs. He puts forward where he believes that the price of the digital asset may end up and that number came out to $250,000.

However, the billionaire explains another factor that will drive the price to this point. Alongside more adoption from women, he cites adoption from merchants who save more money when they accept bitcoin compared to credit cards.

He notes that once the cryptocurrency becomes more widely accepted as a form of payment, it will drive more women to own bitcoin wallets and buy things with BTC. “Then you’re going to see a Bitcoin price that’ll just blow right through my $250,000 estimate,” the billionaire added.