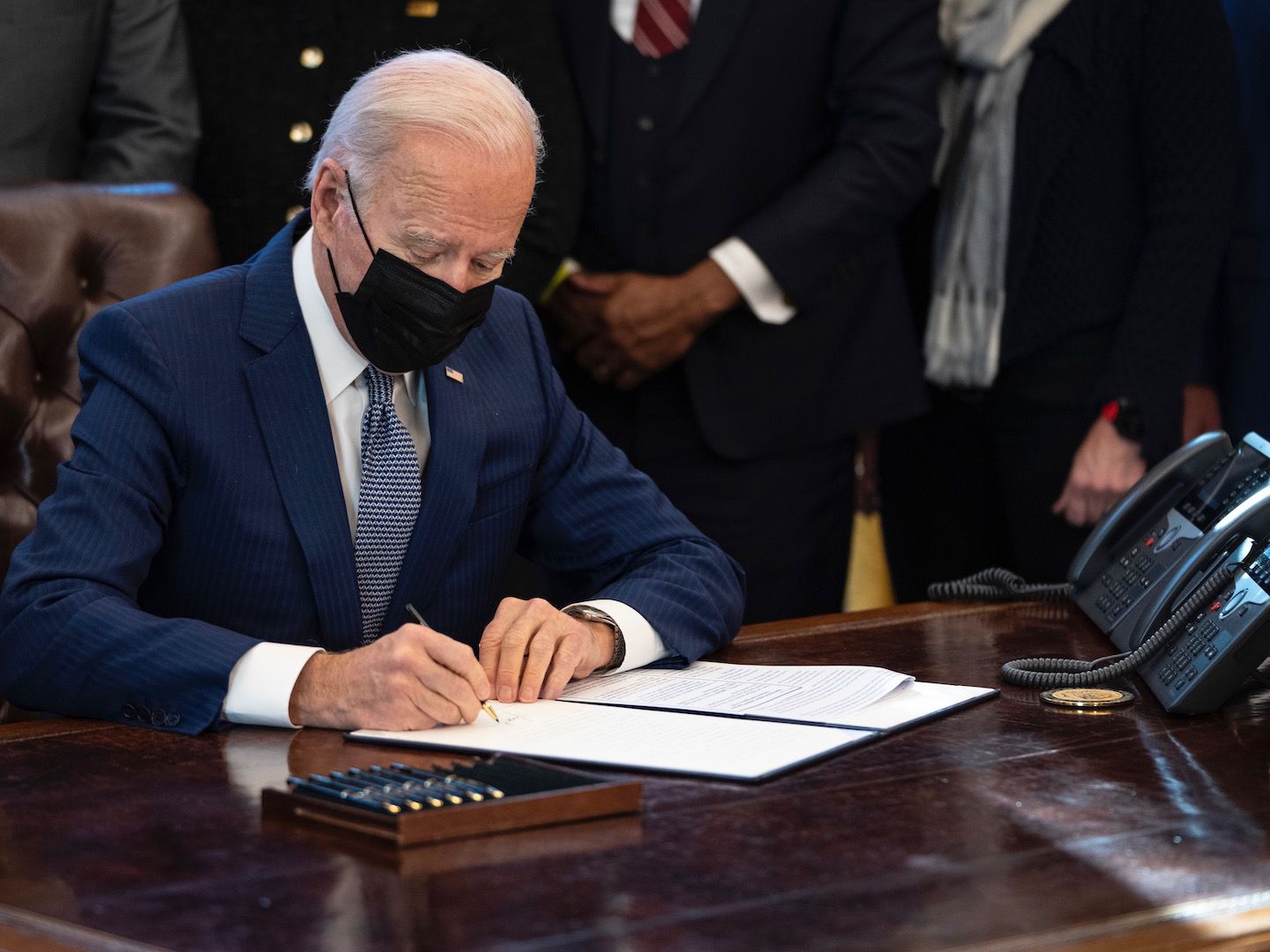 Biden Administration to Release Executive Order on Crypto as Early as February: Report

The White House is readying an executive order for release as early as next month that will outline a comprehensive government strategy on cryptocurrencies and ask Federal agencies to determine their risks and opportunities, Bloomberg reported on Friday, citing unnamed sources.

The directive would place the White House in a central role overseeing efforts to set policies and regulate digital assets, Bloomberg reported.

Federal agencies have already been studying or providing regulatory guidance around the digital asset sector for years.

The Office of the Comptroller of the Currency (OCC), SEC and CFTC have issued guidance letters, informal statements and public rulemaking efforts to direct how different aspects of the crypto industry should comply with federal law. But these efforts have not been coordinated in a single document or by one agency.

Biden Administration senior officials have met multiple times to discuss the directive, which will be presented to the president in the next few weeks, according to Bloomberg.

Read more: Is Biden Prepping an Executive Order on Crypto?

Subscribe to Money Reimagined, our newsletter on financial disruption.