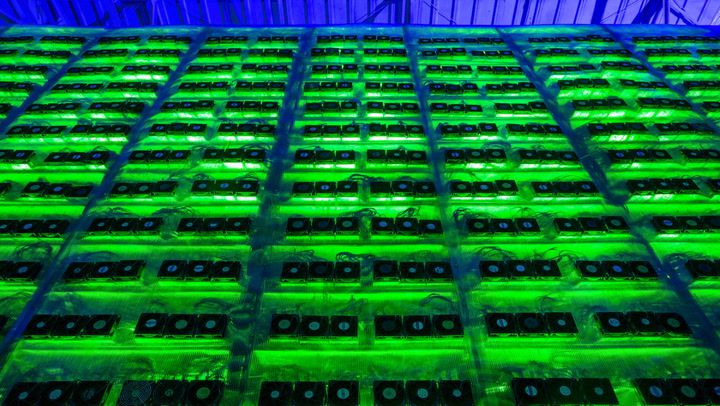 The American depositary shares of Argo Blockchain (ARBK), the London-based crypto miner, fell as much as 5% in early U.S. trading, after the company said in a filing that some employees had inadvertently disclosed potentially material non-public information in a conversation. Shares subsequently recovered some and were down about 1% as of the time of publishing.

Argo’s employees held a conversation with a person named Anthony Coyle that Coyle subsequently published on Twitter, the filing said. The discussion contained non-public information, including the potential increase in the company’s hashrate and the expected cost to build its planned facility in Texas, according to the filing.

Argo didn’t disclose which employees held the conversation, nor which Anthony Coyle published them on Twitter. CoinDesk couldn’t immediately identify the referenced tweets.

According to the filing, Coyle wrote in his tweet that the miner increased its hashrate by 25% by using immersion cooling, while Argo now says it doesn’t have sufficient data to make those claims. However, the technology is expected to make the mining machines more efficient and extend the lives of the older computers, the company said.

Moreover, the unnamed Argo employees also said that the total cost to build its 800 megawatt mining facility in Texas could be $1.5 billion to $2 billion. The miner said the range was based on several assumptions that could change, potentially causing the cost range to “differ materially” from what its employees shared.

Argo listed its American depositary shares on Nasdaq in September, and its stock is up roughly 3% since then, while the price of bitcoin has climbed about 37% over the same time period. Recently, the miner reported its third quarter earnings, where it achieved record revenue and EBITDA, while mining 597 bitcoin during the quarter.

On Oct. 18, a slew of investment firms kicked off coverage of Argo with “buy” ratings, saying the company’s Texas facility should propel shares higher.