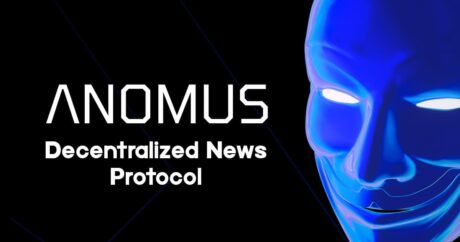 Anomus has been a well-anticipated project that has gained much attention over the last few months. Today Anomus is announcing the closure of its private sale round with a very successful and promising oversubscription.

The oversubscription was well anticipated by the team; which is due to the project’s hype which, backed by well-known names in the blockchain space and a team of crypto professionals, has been building up a lot lately.

Anomus plans to launch its ‘Initial Dex Offering’ (IDO) on the 26th of November 2021; the team, investors, and partners are excited in anticipation of the alpha launch of the platform, which is expected to roll out during December 2021.

Anomus Is The Future of News & Journalism

Anomus is a decentralized protocol that aims to restore fairness, objectivity, and balance to news reporting. Its goal is to create a platform for publishers to save their work in blockchains, where it will be permanently recorded and accessible worldwide while protecting the publisher’s intellectual property rights. Publishers, auditors (Fact-Checkers), and readers will all be rewarded in various ways as a result of their participation in the system.

Publishers now have a way to create and monetize their content without censorship or restrictions, all while having it governed by the community and preserved for future generations.

Aside from publishers, Anomus aims to create an ecosystem that utilizes ANOM tokens to all users’ benefit, providing everyone with incentives to publish, audit, and read content by issuing rewards for participation and the proper use of the platform.

The project will feature:

Join Anomus today by signing up to become part of this decentralized revolution.

ANOM tokens will be governed by the Anomus Tokenomics.