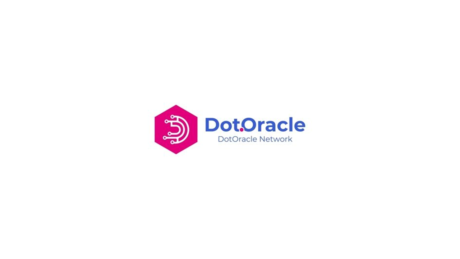 Amidst the Mounting Risks to Bridge Security, A New Non-custodial Liquidity Bridge Focuses on Decentralization

In late March, Ronin bridge, an Ethereum sidechain built for the widely popular play-to-earn (P2E) NFT game Axie Infinity to handle surging demand from gamers, was hacked for over 173,600 Ether (ETH) and 25.5 million USD — a combined value of over $600 million.

The company’s official report regarding the hack noted that the hackers managed to get access to validator nodes, which resulted in the compromise of five validator nodes, a threshold also required to approve a transaction.

Currently, the Ronin chain consists of nine validator nodes, and the hacker managed to get access to four of them and a third-party validator run by Axie DAO. This Axie DAO node was the root cause of the exploit last year. The DAO gave its access to Sky Mavis, the developers behind the game to sign off on transactions on its behalf. Because the access was never revoked, hackers leveraged it to their benefit by turning it into backdoor access, leading to a multi-million dollar hack.

In the aftermath of the exploit, the Ronin bridge was closed, and all the deposits and withdrawals were halted for investigation purposes.

In response to the hack, Axie Infinity co-founder and COO Aleksander Leonard Larsen said at the time that they would be adding several new validators to the Ronin Network to decentralize the network further. The game developers also promised to increase the number of validator nodes from nine to 21 in the future.

In the end, Sky Mavis managed to raise $150 million from crypto exchange Binance and other investors to reimburse the affected users.

But not every project can afford to bail out its users, and according to data from Dune Analytics, funds worth more than $21 billion are locked on Ethereum bridges.

Moreover, bridge hacks are becoming quite common in the cryptocurrency industry. Data from Chain Analysis suggests weakness in bridges has led to more than $1 billion stolen in cryptocurrency over a year across seven different incidents.

While many believe bridges are the single most significant potential point of failure in crypto, others say that’s not true. “Bridges are an incredibly critical piece of infrastructure at this point,” Kanav Kariya, president of Jump Crypto, said in an interview after the $300 million hack of Wormhole bridge. “We are strongly moving toward a multi-chain world.”

Ethereum co-founder Vitalik Buterin has warned that bridges have “fundamental security limits,” although he is optimistic about a “multi-chain blockchain future.” Meanwhile, popular commentator “ChainLinkGod” has asserted that “the implementation and adoption of cross-chain smart contracts and token bridges are inevitable,” and “given that it’s going to happen regardless, the goal shouldn’t be to avoid cross-chain, but have protections in place.”

This is why DotOracle, the first decentralized, non-custodial liquidity bridge on the Casper Network is more secure. After all,  the more decentralized a blockchain bridge, the more secure it is.

To ensure the decentralization and security of the bridge, the DotOracle bridge will have about 15 validator nodes which will be further increased in phase 2 after the mainnet version becomes stable.

DotOracle is a decentralized network of independent nodes designed to be censorship-resistant. It can continue providing its service as long as two-thirds of the network nodes are online.

The project is primarily building a decentralized oracle and cross-chain liquidity network (bridge) on the Casper Network, the future-proof, proof-of-stake blockchain built off the Casper CBC specification.

Casper is designed to fast-track enterprise and developer adoption of blockchain technology today and to meet user needs in the future.

DotOracle offers fast asset transfer confirmation with a highly secure distributed consensus protocol PBFT. Meanwhile, the non-custodial service is provided through the Elliptic Curve (EC) Multisignature scheme, which means users have complete control over their assets during the transfer.

Another feature of DotOracle is bonded network with slashing, meaning any nodes must deposit an amount of DTO token to the DotOracle smart contracts. A violation of the mechanism leads to the burning of the token deposit, which discourages validator misbehavior.

This robust penalty slashing mechanism is implemented to incentivize every node to follow the protocol to be rewarded in DTOs by providing proper service to users.

DTO is a governance token with a total supply of 100 million. Validators are rewarded in DTO for providing the service to DotOracle. Anyone can operate a node, but to become a validator node, one must deposit a minimum of 500,000 DTO to DotOracle smart contracts.

Recently, DotOracle launched the testnet of its multi-chain bridge that aims to transfer digital assets back and forth between different blockchains in a fast, decentralized, secure way.

This coming quarter, the team will launch its mainnet that will allow you to transfer assets between all the chains supported by DotOracle Network, including Casper Network, MoonBeam Polkadot, Ethereum, Binance Smart Chain, Polygon, Fantom, Avalanche, Tomochain.