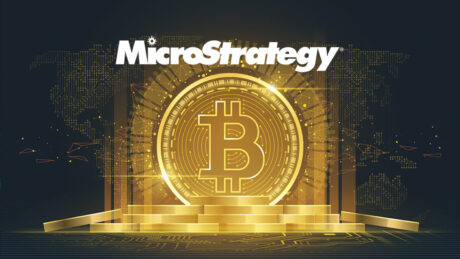 A Look Inside MicroStrategy’s $2.4 Billion Loan Used To Buy Bitcoin

Software firm MicroStrategy has cemented its position as a major Bitcoin player with its numerous large purchases. The company which is valued at $1 billion had put a significant portion of its own funds into buying BTC but the majority of the money used to purchase all of the bitcoin had been from loans. These loans which include convertible notes, senior secured loans, and bitcoin-backed loans account for $2.4 billion of its $3.97 billion BTC purchases.

How The Loans Look

MicroStrategy had used convertible notes to fund a good portion of its bitcoin holdings. These notes are converted into stock of the company when they mature. So basically, they are a payment towards future stock ownership of the software company. The convertible notes make up $1.75 billion which are pegged at a 0% to 0.75% interest rate. Making up by far the largest part of the loans MicroStrategy has taken out to buy bitcoin.

The other loans are much lesser compared to the convertible notes. An example is the senior secure loans. Data shows that MicroStrategy had only taken $500 million in these senior secured loans to purchase bitcoin. These, however, carry a higher interest rate at 6.1%.

Lastly, MicroStrategy had also secured bitcoin-backed loans. These loans were first-of-its-kind loans when they were taken out by the software company. The $205 million was also used to purchase more BTC with an interest rate of around 4%.

The Bitcoin-backed loan carries the possibility of a potential margin call, as noted by the CFO. However, this is only possible if the price of BTC were to drop significantly from this point to $21,000 and below. Given current prices, there is still a long way to go before this becomes an issue. Nevertheless, the possibility of this has sparked fear in investors and MicroStrategy’s stock price has taken a hit in the last couple of weeks.

CEO Michael Saylor has assured investors to not worry about this though as the company has more than enough BTC to serve as collateral for its bitcoin-backed loans were prices to ever fall this low.

MicroStrategy remains the public company with the largest bitcoin holdings in the world with more than 129,000 BTC to its name. The total entry price of the BTC is $3.97 billion and at current prices, the software company is losing money as its 129,218 BTC is valued at $3.87 billion.

The company had used about $1.57 billion from the proceeds of its business to purchase BTC. The rest of it had all been financed by various types of loans, as stated above. Nevertheless, the company has been vocal about its decision to not sell any of its BTC and plans to hold it for the long term. Its holdings see it holding 0.615% of the total circulating bitcoin supply.

MicroStrategy’s bitcoin play is not all roses given that its bitcoin-backed loans carry the risk of a margin call that could reduce its position and the value of its holdings. However, if bitcoin were to go on another bull rally and reach $100,000 as predicted by a lot of industry experts, the software company could quickly become one of the most valuable companies in the world.